Today, Wilfried is wandering again through time and space – finding himself suddenly in Jakarta in front of the National Gallery where OK Video Festival is still running . (28 July – 06 August 2009). Yes, that’s a really strange experience in Indonesia – Wilfried invited by the festival to attend, contacts the local Goethe Institute branch and receives a remarkable response on his request for travel funding (the Goethe Institute is the only institution in Germany funding German artists abroad) – yes this old guy (Goethe Institute director) is respnding, the Goethe Institute would be the only instance which would be allowed to practice international networking in Asia, Wilfried would be a non-permitted competitor and therefore the travel funding needed to be declined.
Yes, unfortunately many of these responsibles at the Goethe Institute are thinking German culture abroad would be a kind of ancient colony occupied by the German Emperor or Hitler himself, it is a shame that these new colonialists, racists are taking control over German culture abroad, and – from Wilfried’s point of view, only one answer is possible to demonstrate that German culture practiced by real cultural activists is not based on colonialism and racism, but like Wilfried is practicing it since 20 years very successfully – in mutal respect for all partners – so the only way of practicing international networking is copmpletely different. Another old Nazi was preventing that Wilfried could attend an event, this time in Jakarta. He would have loved to be confronted with the exiting Indonesia, so other people probably understand, that Wilfried does not allow anybody any longer to take influence on his life and manipulate his living as a human and artist/curator.
So, such episodes have, on the otherside the advantage to make up one’s mind, and the course of events shows that Wilfried is right!

Wilfried was requested to prepare a screening program on the festival topic “Comedy”, and he is happy that he was able to prepare another very original video program!
The exchange collaboration is scheduled for 2011 – video art in a global context. 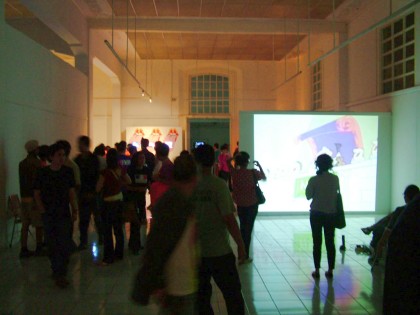 Video art has developed along with the expansion and advancement of technology. Different from other media, the development of video art has always involved complex progress, advancement, sophistication as well as complication of video as an applied technology, which has expanded its ability to generate limitless layers of meaning. The encounter of video technology and moving images in the era of global media has changed the way in which people perceive the reality.

Many works have proved that video art, as a set of practices based on theory, can point out, reflect and comment on many issues in the contemporary society. Some video artists have attempted to approach the issues of technological impact of video with specific perspectives and localities, including more general problems and questions raised around the relationship and its fused border between “real” and “illusory”, “original” and “copies”, as well as “truth” and “falsehood”. Sometimes, their commentaries go so far as to argue that the distinction between those binary oppositions implies the problem of the hegemony politics.

O.K. Video – Jakarta Video Festival is trying to raise the issues of technological power of video to incite a “floating awareness” in everyday life, and more importantly, to trigger critical apprehension of the moving images. Video art should not merely be a tool that can convey information, ideas or messages, but should give sharper insights to the way we see the reality which is largely modified by technology and mass media. 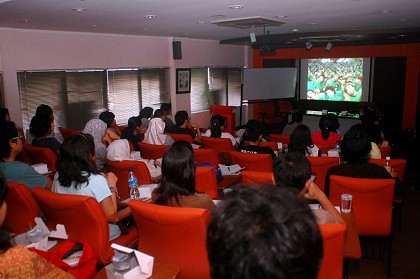 OK. Video – Jakarta International Video Festival is a biannual video festival held since 2003. OK. Video is one of the events organized by ruangrupa to discuss the social and cultural phenomena in Indonesia and the international world within a festival with a specific theme. OK. Video 2003 was showcasing the latest development in international video arts whereas the raised theme in the second festival (2005) was Sub-Version. In the third festival (2007), the theme was Militia where we conduct video workshop in 12 Indonesian cities and video screening in Jakarta public spaces.

The 4th Jakarta International Video Festival choosed Comedy as its theme. COMEDY is an effective way to free ourselves from anxiety. As a critique that disguise itself as a form of entertainment, comedy helps us to reflect, laugh at ourselves, protest without anger, and turn calamity into hilarity. As a way to communicate, comedy never dies and has been accompanying us since time immemorial, from the form of comedy that uses the body as a medium to one that uses the audio-visual language. 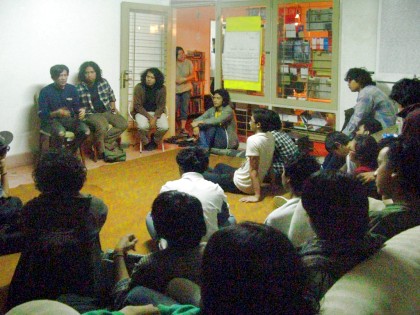 OK. Video COMEDY will look at comedy as a form of communication using the medium of video, which responds to a variety of problems in critical ways. From the problems of the city, politics, power, modernity, technology, economy, generation, gender, tradition, religion, mass media, identity, pop culture, art, daily lives, to the general election. OK. Video Festival is focused on non-narrative video works and open for reconstructions, recording manipulations, and an array of experiments of the audio-visual language. We receive video works with a variety of approaches to comedy – from jokes, parodies, to absurd, satirical, sarcastic, vulgar, as well as tragic comedy. 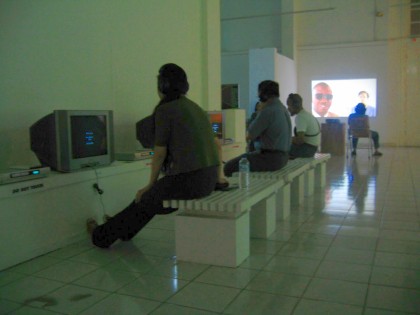 OK.Video COMEDY 4th Jakarta International Video Fesitval initiates an international competition which invites video makers from around the world to participate through an open call submission. Submitted video works will be selected by a panel of judges who will nominate and present them in the festival at Galeri Nasional Indonesia. Winners will be announced on the festival’s opening. 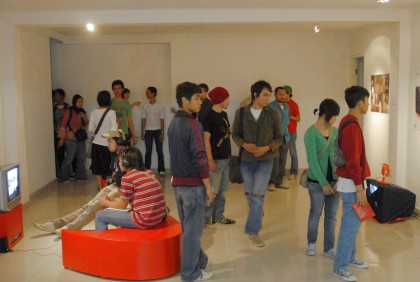 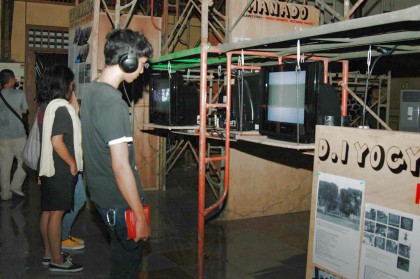 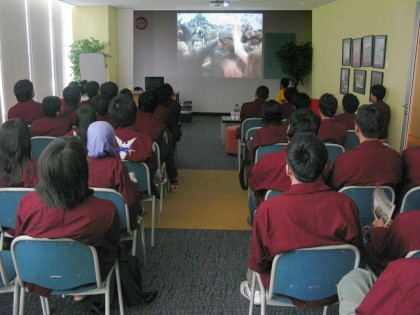 O.K. Video – Jakarta Video Festival was established by ruangrupa, an artists’ initiative based in Jakarta that focuses on supporting the development of the arts in the specific context of culture in Indonesia through research, study and documentation, along with intensive collaboration and cooperation with artists through organizing exhibitions, artist residency programs, art projects and workshops.