Yesterday in Venice, yet, today Wilfried is just making a small jump to Florence in 2009, where he is happy to present his selection from CologneOFF IV – Here We Are! It is good to see, that Florence is not just a famous place for the beauty of the Renaissance, but is hosting also initiatives for contemporary art developments. In this sense also another event structure, similiar to Wilfred’s without a static festival location, touring through historical places in Italy – Sguardi Sonori – Festival of media and time based art – which Wilfried is participating in in 2008 and 2009. This festival is trying to insert a contemporary spirit in ancient palazzi and former industrial sites, like MUV in Florence is doing – a combination of different classical and digital art formats. It is only a pity that is hardly possible to attend such local events visiting so many sites on the Italian countryside! MUV is an event that explores a world of language that intersect: digital arts, electronic music and audiovisual testing.
Now in its fifth edition, the festival will be held on June 9-14 2009 in the beautiful location of Sferisterio “Tamburello”, Parco delle Cascine of Florence and is organized by the cultural association Muv and Intooitiv in collaboration with the Florence Department of Culture, as part of cultural activities in Firenze Estate 2009.
Videozone @ MUV – Music and Digital Art Festival 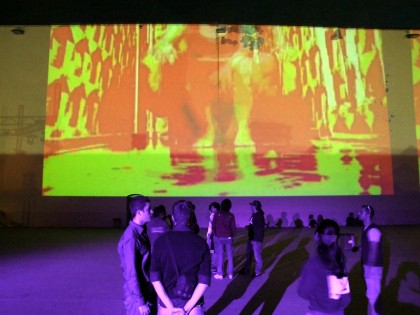 Muv is an event that explores a world of language that intersect: digital arts, electronic music and audiovisual testing.
Now in its fifth edition, the festival will be held on June 9-14 2009 in the beautiful location of Sferisterio “Tamburello”, Parco delle Cascine of Florence and is organized by the cultural association Muv and Intooitiv in collaboration with the Florence Department of Culture, as part of cultural activities in Firenze Estate 2009.
The new edition of music and digital arts festival opens this year with the current issues of environmental sustainability and invites investigators electronic, techno-visionaries, designers of the immaterial, designers capable to think about a sustainable future, where evolved technology is the best antidote to the destruction of the planet.
Greenpeace Italia will present during the days of festival, the last edition of “Ecoguida of electronic products”, that draws up a list of the companies involved in high-tech field, according to their policies of substitution of hazardous substances and withdrawal recycling of obsolete products. In collaboration with Mediarc. 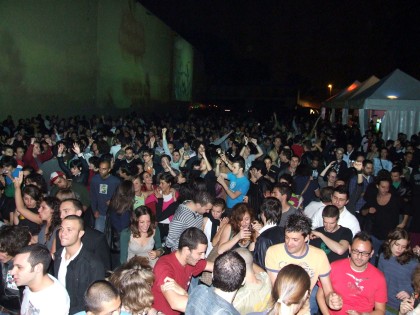 CONCERTS & DJs SET
Among the International guests of the fifth edition of the festival, MUV will present: Robert Hood, founder with Jeff Mills of the Detroit-techno, and recently author of the revival of the historic label m-plant. More important news coming from Latino America, the Chilean dj Dinky, princess of the new electronic-house scene and with the Venezuelan Argenis Brito, Señor Coconut project’s voice, creator of a live set that involves his Latin American soul, but close to the console of a great part of Europe. One of the best techno-funk group is: Detroit Grand Pubahs and they will bring in Florence a kind of explosive performance. The German innovative live set Glitterbug will introduce Supershelter (one of the best albums of the year, up to Groove magazine). The Canadian artist Deadbeat, proposing a mixture of tech-house and reggae, will match the voice of Paul St.Hilaire aka Tikiman, one of the most important member of the Berlin Dub scene. The event looks at one best indie-electro productions too, by the live performances of the Londoners AutoKratz, acting for French label Kitsune and creators of successful remixes for Underworld and Fischerspooner.
Besides those international headliners there’s room for brand-new Dub step project Backwords, compound by ¾ of Casino Royale’s band (Alioscia, Patrick Benifei, Michele Pauli aka il Pardo) and Alberto Tucci aka TuzZy of the Cayorosso.
Calendar also adds other important names, national & international, including: Incite, The Subs, Backwords, Otolab, Metùo, Andrea Rucci, Xx + Xy, Soulseek sound, Nu Combo, Numa Crew, Fake Disco, Oscar Vedmer, Maggie Pie, Diamondog!, Congorock, Gabri T, B.Green & Redmond, Christiano, Iommi, Umberto Saba, Ffh, Tullo Soldja, Today With, Uaui & Ponz, The Clover, Rufus, Michele Galiano, Marco Solforetti, Angy D’Ambrosio, Mass Prod, Minimono, Philipp & Cole, Airone, Time to sleep, Pornorobotz, Urtropode, Selfish, Influx, Visual lab, Werk. 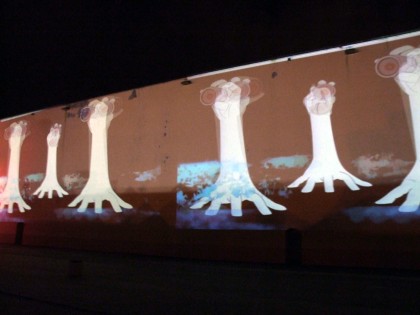 VIDEO CONTEST
The video contest of the festival entitled “Digital nature” edited by Andrea Mi appealed to all the artist who express themselves through videos, inviting them to compare the environmental themes. Each participant will compete with just one video-work, maximum length: 4 minutes. Videos submitted, will be selected by the festival organization and by a jury made of artists and professionals.
Registration for competition is free, to participate please download the application form by the web site www.firenzemuv.com, fullfill it and mail it.
The organization will notify the winners during the evening awards ceremony. As first prize winner will get an “Edirol V4 mixer video machine”; as second placement: “The FakeFactory” Florence (one of the professional reality in video-design most prestigious in Europe), will give the opportunity to work on post-production of his tape, trough a gentlemen’s agreement. Third ranked video will be included on the official Muv 2009’s promotional DVD.

WORKSHOP
Wide space within the festival is dedicated every year to the training in digital arts. On 12 and 13 June in the center seat of Tempo Reale Florence, one of the main European reference for research, productions and training in the new music technologies, will be a workshop dedicated to learning the basic techniques of programming Max/MSP, an interactive graphical environment for music, audio and multimedia. The course is for maximum of 15 members and is open to musicians, technicians and enthusiast, who have the skills and basic specifications. From June 10/13 will also propose at La Casa della Creatività an audio-visual design and live media workshop managed by the collective Otolab of Milano and Marco Mancuso, critic, curator and director of Digicult. Supervised by three teachers, the students learning the basics to using Isadora (modular software for real-time management of multimedia material) and they will apply these for creating project group based on the live video input. The audio portion will be a first approach to Ableton (software for music production and editing), which groups can act on semi, provider by teachers in order to build audio-visual interactions. The aim of the course is the learning a first level knowledge on method, theory and techniques necessary to the development of audio-visual performances. To take part in workshop download the forms of participation on the site of the festival. 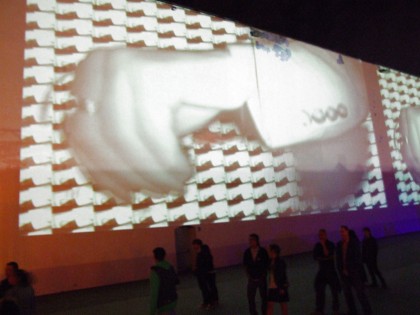 VIDEOZONE
The review compares the best of youth production with well-knows artist’s video work. The selection presents various kinds of video-work, selected on criteria of innovation and ability to combine technology and creativity in an original way.

During this edition will present some projects from the following festival:

ALLESTIMENTI
The video zone will be set up with comfortable chairs in latex recycle 100% gladdening public’s body and listening. The Main stage establishment will give special attention to lights, in order to create soft surreal atmosphere which allow a perfect vision of the live/djs performances and, on the other, the clear vision of video installation.

The festival always take an interest in development of new technology, then the fifth edition of Muv festival, brings with it, another interesting news:

MUV PODCAST “LUSTRO EDITION”
During is fifth year of live Muv launches on its web site and on Digicult.it podcasts of the main guests of the festival. Each week the site will be update with a new free, downloadable audio content. Sguardi Sonori – Festival of media and time based art

Sguardi Sonori 2008 is a national contemporary festival of art with the participation of artists from over 30 countries. The sections that
composing the festival are: Electronic Music, Improvisation, Sound, Perfoprmance, Dance, ContemporaryART (a project by NETART), Independent Cinema, Abstract Cinema (from its origins to today),
DJ / pop.