Between the 70s and 90s thanks to the work of VideoArt Center of the Municipality of Ferrara (in the north of Italy) , this city has produced video and collaborated with famous artists such as Andy Warhol, Marina Abramovic & Ulay, Gianni Toti, Plessi and many others. 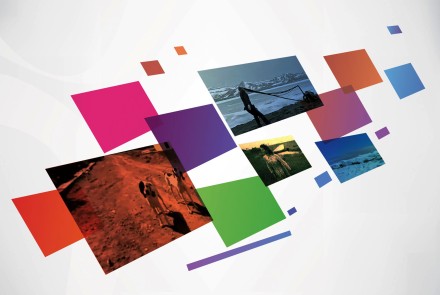 The international videoart festival “The Scientist” of Ferrara is the seventh edition this year. Creating synergies construction capabilities, artistic sensibilities and new projects have started again on an artistic conceptual video and electronic arts in Ferrara, prestigious city for the production and distribution of video art.

Art directed by Vitaliano Teti, the festival is organized by the cultural association “Ferrara Video&Art” with curators and international partnerships. Are favored video works that come from the universities, academies of Fine Arts, Art school and show a conscious use of contemporary audio-visual language.

The seventh edition of “The Scientist” international videoart festival, will be held in Ferrara 11 to 13 October 2013 and will be dedicated to young artists under the age of 35 with patronage of the Presidency of the Council of Ministers, Department of Youth. Vitaliano Teti was born in Catanzaro. He lives in Ferrara where he works in the digital editing and direction sectors. Graduated from the Bologna DAMS in cinematographic disciplines with a thesis on photography and color as autonomous expressive forms in film, for eleven years he taught “Creation of audiovisual products” at the Faculty of Literature and Philosophy of the University of Ferrara, degree in “Technologist of audiovisual and multimedia communication”. His most recent video works are: “Chasing the Cinema that Breaks Hearts”, direction and screenplay – 80 ‘- Italy, color / bn, 2015; “Seeking love – Seeking love”, co-screenwriter – 47 ‘- Italy, color, 2014, fiction medium-length film presented at the 2014 Venice Film Festival with the Polesine Film Commission; “A lesson with Batman”, direction and screenplay – 9 ‘- Italy, color, 2013; “Elegy of the Po by Michelangelo Antonioni”, co-direction and screenplay – 12 ‘- Italy, color / bn, 2012; “Un murales una storia”, producer and editor – 33 ‘- Italy, colore / bn, 2011. The documentary, directed by Alessandro Raimondi, won the tender for the production of documentaries of the Emilia Romagna Region 2010. He is president of the “Ferrara Video & Arte” association and member of the board of directors of the “Ferrara Film Commission”.

Vitiliano Teti died in 2017 of an incurable desease.

Interview with the curator Wilfried Agricola De Cologne, creator and curator of the “nomadic” video‐art festival “CologneOFF”, who selected an international section exclusively for the seventh edition of “The Scientist”.

1.
What are the reasons why you choose to start a collaboration with “The Scientist”, in 2012?
Firstly, let me thank “The Scientist” Video Art Festival very much for collaborating in 2013 and the interest in doing the interview with me. As the director of Cologne International Videoart Festival, I was in 2012 looking again for new partners in order to extend my networking activities, and by chance I visited the website of the “The Scientist”, and by exploring I got the idea the festival might have similar ideas concerning “art & moving images”, and a possible collaboration might be very fruitful.

2.
Knowing that your selection was destined to an Italian exhibition, influenced your choices in gathering the material to be shown in Italy?
No, not at all. But I was aware of the fact, that in Southern European countries not all people speak English, and Cologne International Videoart Festival is a festival based on English language. So, I did what I had done before in Spanish speaking countries, preparing a program without dialogue and spoken words.
3.
Why the title “Poetry of Yearning”?
Yearning is actually the little sister of “desire” ‐ the subtle kind of point of view including a sort of romantic and non‐verbal communicative components like gestures or the body language. I found this non‐verbal aspect particularly challenging when I prepared the compilation for the festival.

4.
You define the artworks of your selection, CologneOFF‐Italy, as “audiovisual poems”. Suggesting that the audience should “read” video‐artistic works in these terms, would generally help media art appreciation and fruition?
At first, I need to state that the term poem in “audio‐visual poem” is not used in a literal, but figurative sense. It describes a particular senses driven position in perceiving life and art, this is good for the artist and audience, as well, it has therefore the potential to reach and touch really many people all over the world, no matter where and under what kind of cultural, ethnic, social conditions they live. It is understandable, perceivable and acceptable as a new form of art for many people, who otherwise have probably no affinity to the often mind‐orientated, over‐intellectualized media art as it is presented in museums and galleries.

5.
Cinema accustomed us spectators to appreciate an opera as a whole, in all its sensory complexity, still screenplay remains the strongest narrative component in a film. The videos you selected don’t use tongues at all but leave room for a different kind of communication, a more complex language which at the same time is more universal. Do you share this interpretation?
Yes, of course. videoart as a “genre” in contemporary art is not “cinema”, the concept is completely different, even if it may have sometimes a kind of narrative component. In my selection, I was avoiding the spoken or written word, in order to let the moving images and the movements speak for themselves. The subjective perception of the images opens doors wide for one’s own approach and interpretation; different kinds of non‐verbal languages are establishing a new communication between the art work (artist) and the viewer (user) following unexpected rules. These works enable and enforce a kind of meditation during the process of perceiving, which has an universal character.

6.
For the “The Scientist” festival you’ve been asked to select works of Under35s. Is there any difference between the imagination depicted by young authors and the one drawn by older artists?
What is an older and a younger artist? Age is neither a criterion for the quality in art, nor the maturity of perception. Personally, I do not care about age, at all. A young person of 18 years old can be much more mature in mind and emotion than a 70 years old person, who probably did not learn anything during the long life. Of course, young persons have a different point of view according to their location in life and set, of course, other priorities than older people due to the different life span, but these points of views are not less relevant than the ones of older persons who probably have already a life behind based on a rich variety of experiences. I even would say, limiting age has rather a discriminating effect, which should have actually no place in art.

7.
In Italy authors struggle to find funding for the video‐art production. What is your opinion about it? Seen your wide experience in different States of the world, do you think that in other countries the situation is different?
Firstly, I agree that finding funding for videoart is a complicated matter, but it is not only like that in Italy, but anywhere. One needs to consider that videoart as it is known nowadays, and I do expressively not speak of that type of classical videoart from the past century using an analogue technology, is representing a “young” genre in contemporary art and it is still not yet accepted widely by the art lovers, and funding structures are always conservative, it takes too much time, until the bureaucrats accept the change of time, and in the given case, the changed values in art. Since video is representing a mass medium, there are many more artists on the market practicing video than funding possibilities are available. Another aspect is, however, most important, there does not exist an art market for art using moving images. There were attempts to establish a kind of art market, but as a medium, video will be never “exclusive” like painting, so nobody can make a fortune by selling video. Video is perceived as a cheap medium, and this not only in terms of its monetary value, but also concerning the artistic concept behind, which is quite fatal, of course.
Video is more accepted by a young audience where generally the monetary value is playing a minor role than by the older generation, which often is also not flexible enough to start learning perceiving new kinds of advanced forms in contemporary art like video.
But let me say also expressively, a real artist who wants to use video as an artistic medium uses video, he is not waiting until funding structures allow him to execute an art work. Nowadays, the technology for creating and producing video is affordable to anybody, it is not requiring the most expensive hardware and software. A creative person can make the best artworks also without working under the ideal conditions using the “perfect” equipment.
An artist having many skills and being accustomed to work interdisciplinary is able to create, produce a video by his own without using an expensive staff which needs to be paid.
A real videoartist, however, should have many more skills, than just being able to hold a video camera in his hand or using an editing software, and probably the actual problem lies in a proper art education, where artists do not really train their skills and being creative in real practice, and the fact that there is no art education for those people who run funding structures. So, I am not sure, whether the funding for creating videos should have such a relevance, at least for most video creations. Nobody would get the idea to ask for funding for doing some drawings. Video is representing an artistic medium like any other artistic medium. Of course, I do not speak of “cinema” and producing cinema films, because there is a completely different concept behind.

8.
What do you think of the collaboration with the association Ferrara Video&Arte, which for seven years now has been promoting video‐art coming from academic context and rising authors as well as well‐known artists? Do you think this relationship to be profitable and destined to last?
I hope and I wish it will be like that, of course. But collaborations depend on so many factors which both parties have no influence on. I think, not only the professional context counts, but for a lasting relationship primarily openness, communicating and exchange are needed, which I think is there at both sides, in so far I am very optimistic, this could be a longer lasting collaboration.

The Interview is available as PDF Once There Was Art
selection curated by Wilfried Agricola de Cologne