There are some places bearing a famous name, but if one is looking clooser there is not much left of the fame. The small town situated on countryside of Lincolnshire in England, called Gainsobrough belongs to them. It would be not like that, that there would be no connection, at all, to the famous British painter Thomas Gainsborough, but nothing of his fame left any traces. Wilfried’s local collaboration partner has the well-chosen name “Slumgothic” – because it is related to a gothic church – out of ritual use – the x-Church, located in Gainsborough, the term “slum” gives the proper idea, that Gainsborough might be a place of social problems. Indeed, the x-church is trying to bring a diversity of cultural activities to the local community – festival x-24 – that’s the name of the event which is all about. One of the artists – Fenia Kotsopoulou, of Greek origin – Wilfried was collaborating with in his famous Refugee Film Collection, contacted Wilfired in early 2016, talking about her curatorial residency in Gainsborough and her idea to present the complete Refugee Film Collection (in its state of 2016) in the frame-work of a project she was curating “Festival – x 24. The name is already indicating that the event would run for 24 hours. Being honest, Wilfried would never have had the idea, to bring his ambitioned project to a provincial place in England, a country which had recently decided for the Brexit – and, by pointing to the problems of the refugees overwhelming Europe in 2015 looking for a shelter for a survival in Europe, organising the event was a reaction against the Brexit. So, there were good reasons for Wilfried to accept the invitation! But, this has to be stated (retrospectively) – even if the event and the cultural activities in Gainsbourough have the best intensions, how can such a short event have any sustainable effect on anybody? 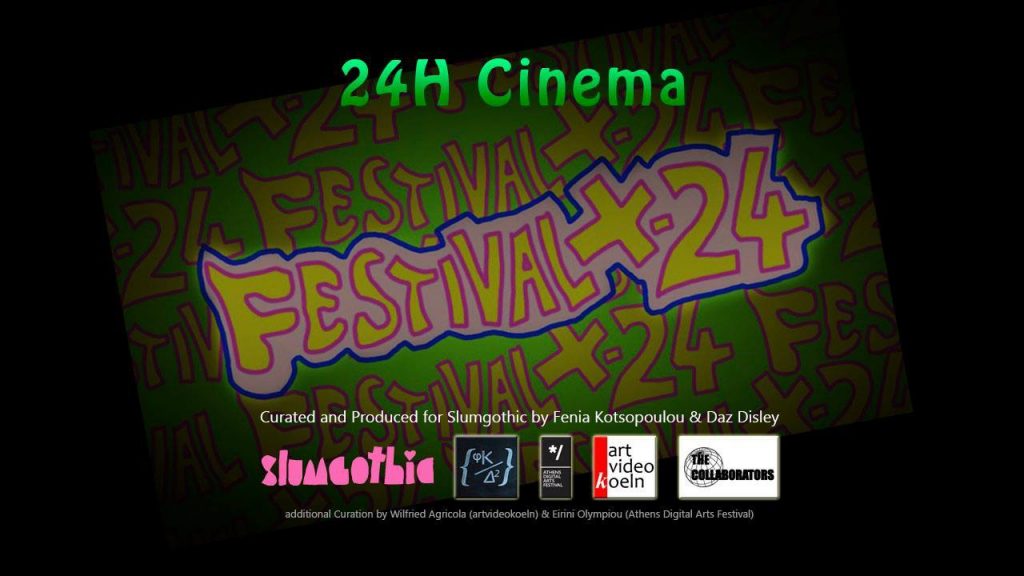 Today, however the 24 hours festival is starting at the x-Church in Gainsborough, and Wilfried is sending his best wishes to Fenia and the co-curator Daz Disley – that the films of Refugee Film Collection may touch the hearts of the youth of Gainsborough! Gainsborough is a town in the West Lindsey district of Lincolnshire, England. The population of the town was 20,842 at the 2011 census.[1] It is situated on the River Trent, 18 miles (29 km) north-west from the city and county town of Lincoln, 15 miles (24 km) south-west of Scunthorpe, and 35 miles (56 km) east of Sheffield. At one time it served as an important port with trade downstream to Hull, and was the most inland port in England, being more than 55 miles (90 km) from the North Sea. Gainsborough briefly served as the capital city of both England and Denmark in 1013.
Refugee Film Collection

The event is at a place called x-church in Gainsborough, England. Our project is a visual arts led community building with a vibrant youth arts project. Each year at x-24 we create an event that is a combination of more usual festival things like music, food and drink plus a strong visual arts component. This year we are running a 24hr Cinema showing the work of many artists responding to a broad idea relating to ‘separation/boundaries/barriers’. The response to our call out for work has been very good so we are confident that we will be able to encourage people to think a lot about these very contemporary (and timeless) issues. This will be particularly pertinent because our town is situated in Lincolnshire where two thirds of people voted OUT in the recent BREXIT referendum!
The event will be run by Slumgothic Ltd which is a not for profit arts organisation that was started ten years ago by two of us who used to run a more conventional white box contemporary art gallery. 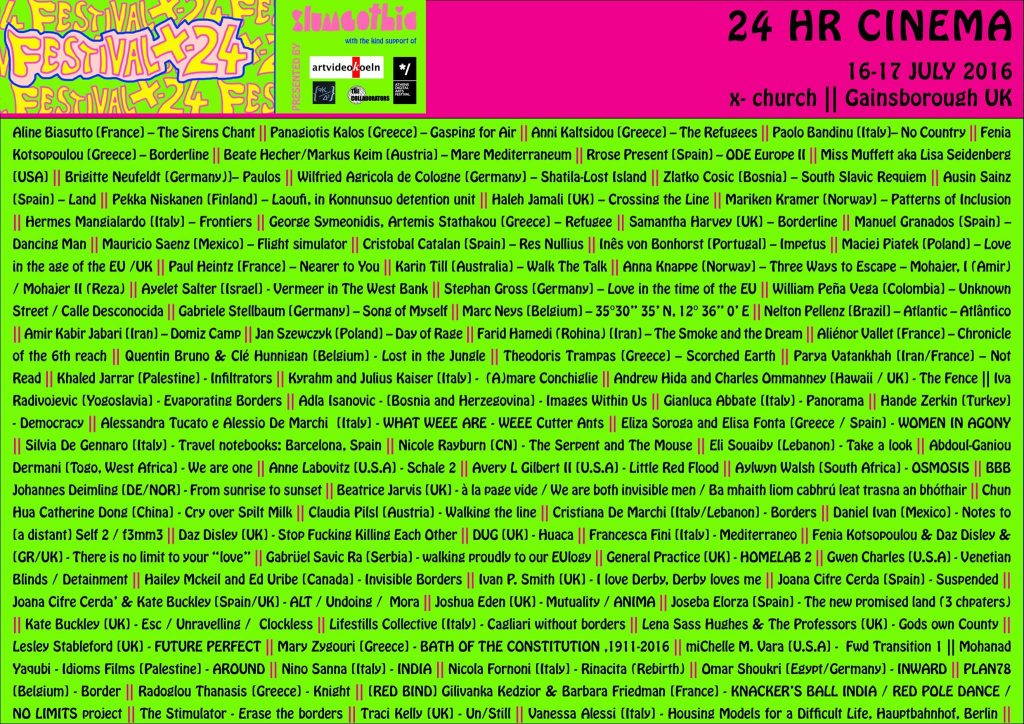