Today is the final day of CeC & CaC – Carnival of e-Creativity & Change-agents Conclave 27-30 January 2006 taking place @ India International Center New Delhi/India – organised by Shankar Barua for the 2nd time. In mutual respect and admiration for each other, Wilfried becomes close cooperation partner demonstrating that global networking is not only possible on a cultural level on different continents coming from different cultures and ideological ideas, but means the future in terms that we all are one world and progress on earth is possible only when people recognize their chances through collaborating networking, realize common projects on a widely independent level.

Wilfried prepared for 2006 Selection03 by VideoChannel – is the simple name of an exhibition of 10 video works (10 artists) extracted from the curatorial environment of VideoChannel, a virtual and physical project and initiative dealing the with theme of “memory and identity”. Selection 03 is chief-curated by Agricola de Cologne who selected works curators from different countries contributed to VideoChannel. The selection shows how individually artists go down to essential questions of their being as a human while coming from most different artistic, cultural and geographical backgrounds.
All works is in common the use of a very intensive and reduced language in order to compress the essential of life in the small cover of the short time available.
The questions of memory and identity are very complex and can be related to most different fields, from cultural identity Calin Dan is searching for in ”Sample City”, aspects of gender identity in “Women-World” by Li Hyung Kim, “Infern Domèstic” by Empar Cubells and “No Title” by Margerida Paiva, spiritual identity Agricola de Cologne is exploring in his work “Truth- Paradise Found”, identity of perception in “Smoked” by Rafael Alcalà, various aspects of historical identity as manifested in the works “Time with Franz” by Dana Levy, “Colossus at the See” by Jens Salander, “SALT” by Christina McPhee and “Digital Snapshots” by Daniel Lo Iacono.

All artists have in common the search for new ways of representing, also by experimenting with the wide range of possibilities digital video offers.
In 2008, Wilfried will meet Shankar for the first time as a physical person during Digital Media Valencia 2008. This close annual collaboration starting in 2005 will end in 2016, when Shankar Barua will stop organizing CeC in 2016 after 10 years. But this collaboration will not be forgotten! This article would like to honour Shankar Barua as a dedcated companion since more than a decade! A thousand thanks to him offering video programs from Cologne to the Indian audience!

The 5th annual Carnival of e-Creativity (CeC 2010) is looking all on schedule to bring together a fantastic canvas of participation and content from all over India and the world, through February 19-20-21, 2010, at the Sattal Estate, up in the Lower Himalaya of the Indian state of Uttarakhand.

In terms of this being just one tiny little stream in the whole global gamut of activities revolving variously around Creative & Experimental New Media, the genesis of this incident can be traced back to the first CD-gazette of “The Indian Documentary of Electronic Arts”, published in January 2000 (The IDEA #1). But of course, The IDEA itself first went on to become a series of 7 separate CD-gazettes, published sequentially every half-year or so through about 2000-2004. 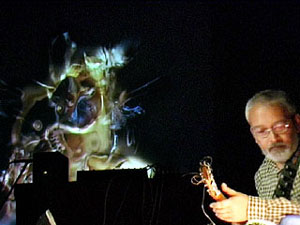 Individual features in The IDEA were generally stuffed full of original works from carefully researched and selected individuals and organizations, who were painstakingly wheedled into sending in representative collections of their creative works for this on CDs or DVDs, along with texts in the first person to hang everything around. And in turn, all of those original received materials now collectively amount to what some good folks consider to be, “one of the most significant archives of electronic arts of the early 21st Century.”

CDs were the chosen medium for the gazettes themselves too, primarily because individual feature pages were often weighed down with just too much of text, images, audio, video and what not, to be able to run comfortably off the internet of the time. Another reason for taking the route had to do with being able to return some tangible ‘product’ to the featured artists, as at least a souvenir of some sort. And of course, there was also the implication by such means that individual gazettes were thereby eventually sort of archived in hundred of different locations all over the world. 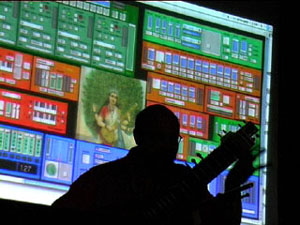 Nonetheless, the format of the gazettes was kept to plain-HTML from the outset, in the firm belief that the internet would in time pick up enough bandwidth for folks to browse them all online. And sure enough, with that having now happened, The IDEA gazettes are presently all mirrored online at http://retiary.org/idea/ 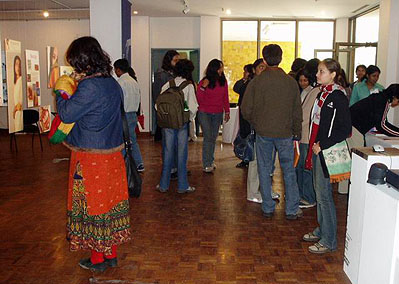 Meanwhile, the term ‘e-Creative’ arose along the way from the fact that the entire initiative had an eclectic and ever-widening focus from the beginning, on the back of the fact that the prime-mover, Shankar Barua, was convinced that there was a global creative revolution riding upon the burgeoning empowerment of individuals that was, and still is, being wrought by the ongoing evolution and spread of technologies.

And so, with the basic intent behind it all having always been about somehow encouraging creative experimentation and innovation *of all sorts* in India and other such relatively-innovation-deficient cultures, by manifesting robust and cutting-edge examples of such activity from anywhere and everywhere around the globe, the general focus of the whole enterprise rapidly expanded beyond ‘art’ to include streams of creative human endeavour ranged from engineering through to even folks working to empower people with disabilities.
Also along the way, global appreciation and encouragement began to drive the basic effort towards institutionalisation and consolidation into the real world in some way, which finally led to formation of The Academy of Electronic Arts in January 2005. 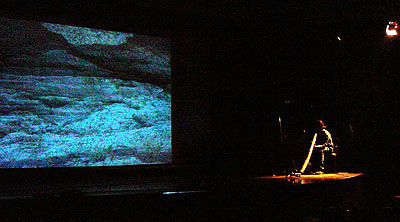 And that in turn led to transmogrifying The IDEA into a real-world coming together of picked practitioners from all over India and the world every year, in what was initially known as CeC & CaC (pronounced ‘Sekansak’, and expanded as “The Carnival of e-Creativity & Change-agents Conclave”), beginning with the first such incident in January 2006. The ‘CaC’ part of the name was however dropped after the first three years, so as to henceforth remain an exclusive property of just those who effected the full birthing of the incident by their participation in any of the first three iterations.

And, that of course includes India International Centre (IIC), for seeing through those first three iterations as Partner and Host, in New Delhi. 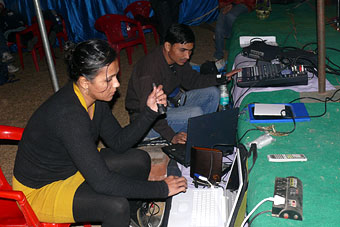 And so, CeC 2010 will actually be the first iteration of the incident to come through after passing over all of the uncertainties on all sides that naturally attended upon the 2009 iteration, in regard to why such an entity would want to move out of the heart of a teeming global metropolis all the way up to the edge of some little mountain town,… in India.

Amazingly enough, CeC 2009 was perhaps the best loved by participants amongst all of the iterations so far. Which means it is quite unlikely that the incident will return to IIC in Delhi anytime within the foreseeable future, even though the move out was prompted essentially just because IIC was entering into a 2-year program of demolition and reconstruction on-campus that obliged them to cut down on larger programs—other than a couple of their own—till they are done with that.

And so, keeping very much in line with its given mandate to evolve continuously into the future, in active symbioses with a broadly variegated, widely inclusive, and always expanding global focus and constituency, CeC 2010 is fully back on track, and brimful of good stuff.

But, proceeding as though with a mind of its own, as always, there will be rather a lot more of electroacoustics and electronic music than any time before. 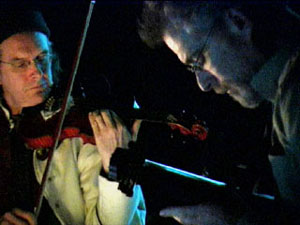 At the same time though, CeC 2010 will hallmark 10 years of the incredible curatorial and networking work of Wilfried Agricola de Cologne, in regard to global Short-Creative-Videoworks and New Media; which has for several years also included a closely supportive ongoing association with CeC too.

And, that in turn dovetails very sweetly into the exactly corresponding period of the work—in somewhat the same territory, but in a very different way, beginning with The IDEA—of Shankar Barua, who now directs CeC, as Managing Trustee of The Academy of Electronic Arts. 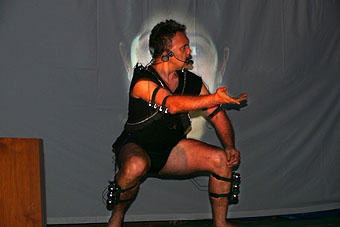 The basic format of the incident will of course remains about the same as before, with Presentations, Performances, Screenings and Exhibit, of participants and content from around India and the world.

As usual however, fuller details will be released only very shortly before the actual incident itself, because there is always the chance of many a slip between cup and lip in such raving creative madness.

Nonetheless, readers of this piece who might like to know a little bit more about it all can do so by browsing through pages of the earlier iterations (2006-2009), which are linked to from the barebones 2010 page at: http://theaea.org/cec_cac/cec10/index.htm 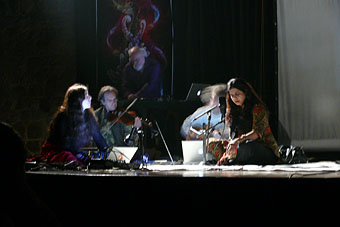 But of course, the ongoing saga of The Carnival of e-Creativity is not about what it is, but about what it can be, and what it should be, to everyone’s benefit into the future.

A complementary NewMediaFest2020 selection is featuring