Budapest is a city Wilfried visited the first time in 1996, like he had come to Rome by chance a few weeks before, and while visiting Venice on the way back home, he got the idea to choose another route, instead of making a stop in Milan and passing Switzerland on the way to Germany, he was choosing a completely unknown path in order to visit Budapest and return to Germany via Prague.
Then something really strange was happening which Wilfried did not understand, not at that time and not later, he knew that Budapest had the Eastern times zone, but when he coming from Venice arrived after a night ride through Slovenia and Croatia in the morning in Budapest, he was completely upset because the time in Budapest was not one hour ahead, but somehow he had lost a whole day, and he had no idea how this could have happened. That’s really one of big mysteries. Budapest was at that time in an early reconstruction phase, 1996 was just a few years after the system change caused by th collaps of the Communist systems in 1989, so the building substance in downtown Budapest was really in a bad state. The next time, Wilfried was visiting Budapest 10 years later in 2007 when he was invited to attend Budapest Short Film Festival which had accepted Wilfried’s video – Truth Paradise Found. Nominated for the award of the best experimental video, Wilfried received the award during the award ceremony personally on stage. Afterwards he got contacts to Crosstalks Video Art Festival in Budapest, and that’s the reason why Wilfried is jumping today for a few hours to the Hungarian metropole, but afterwards it becomes again rather adventurous, because Wilfried is jumping via the Balkan countries and Turkey to Middle East, where today the video festival in Gaza stripe in Palestine is starting presenting Wilfried’s selection from CologneOFF V and his video “En [code]ed.
Wilfried is admiring the fact that artists in Gaza have the emotional capacities to be creative in such a permanently desastrous existential and political situation. After Wilfried had visiited Israel and Palestine for the 1st time in 2005, he refused to estimate the local situation of the people living in Middle East from an ideological point of view.
Wilfried saw the big ideologies fail in the process of system change in Europe 1989 and Wilfried’s maxims and the basis for all consideration became – humanity. This allowed Wilfried to have friends among the Israeli, as well as Palestinians. The confrontation between both was rooted on false and inhonest ideologies, and Wilfried had learned to look for the common, and not for the separating. So, it was a great idea, when Wilfried was invited to contribute art in order to share the ideas of the freedom of the word through art with the Palestinians at different places on the Westbank. Unfortunately, these times are always very hard especially for cultural activists, and the video festival unfortunately discontinued, very likely due the desolate living circumstances in the Palestinian territories. 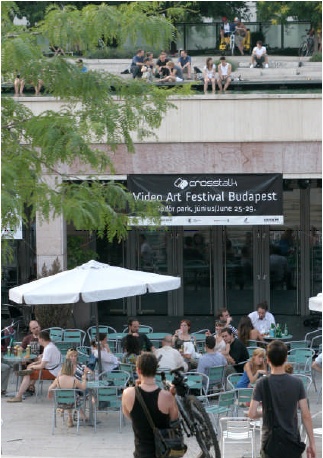 crosstalk video presentation series is a montly
program that aims to promote hungarians and international videoartists and open a strait dialogue between the artist and the public. Once a
month an artist or a curator is invited to present their videos and share their experiences with an audience. The video presentation serie takes
place at Labor. 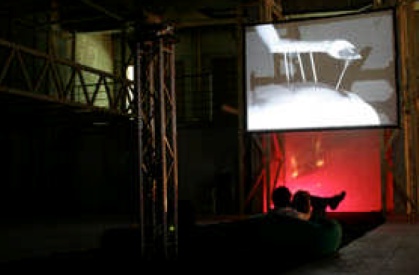 About the Media
While video art is intertwined with moving pictures, it is fundamentally different. Video art explores the boundaries of the medium itself. And it is
alluring because of the poetical way that video art can manipulate time – real-time and recorded simulation of real-time – and reinvent motion,
people and place.
Video as an art form took root in New York City during the 1960’s alongside the advent of the camera Sony Portapak. At the time, such
technology was seen as breakthrough, but it was accessible to only the artistic elite.
Nowadays, advances in technology have made video affordable for just about anyone interested in trying their hand at it. In this sense, the accessibility of technology has democratized the art form.
To provide space for burgeoning video artists is a fundamental part of the crosstalk video art festival. We look to make space for exhibiting video art so that it is accessible to the broader public and noticeable as well, to get people to ask questions, to see what others have created, to become aware of. 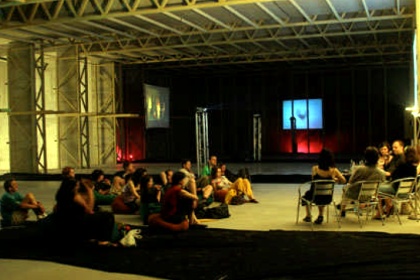 The program for the second edition of crosstalk video art festival 2009 will be comprised by video screenings, round-tables and video installation exhibitions.
Seeking for a democratic way in expanding the limits of the curatoral program, crosstalk video art festival, is introducing an open call for artists from all over the world, in which a selection of the works will be shown at screen dedicated specially for the proposal.
Although crosstalk video art festival is an international event, every year a country, city or region is invited to present a focused view over the local production on art videos. For 2009 Spain is the guest country. In Spanish Beats screening will be shown artworks from artists based in Spain. 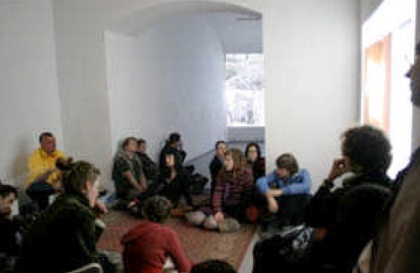 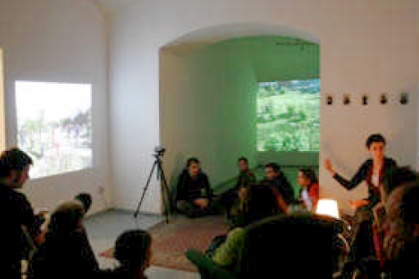 –>Crosstalk Invites
1. VisualContainer (I) www.visualcontainer.org
VisualContainer is a non-profit association, aiming to fill the gaps at long last of a qualified video-art and new-media distributor in the current Italian Art outline.
Our project originates thanks to the effort and commitment of the Art critic Giorgio Fedeli and the Video Artist Alessandra Arnó, both operating in the Milan area, with the aim to allow young emerging Italian Artists achieve visibility both in Italy and Abroad and to supply further promotion
and diffusion of works by Italian or foreigner operators already active in the current Contemporary Art outline.
VisualContainer likewise intend to put to good use the potential within the establishment of a cultural information and exchange network cultivating contacts with similar international foundations and institutions or Videoart and new media art archive centres acting as a Distributor. Furthermore arousing foreigner Art operators’ interest in the Italian Videoart production is part of our commitments.

2. FixC (FI) www.fixc.fi
Is cooperative for artists working in moving image, was founded in spring 2007. The purpose of the cooperative is to promote, distribute and market Finnish video art and experimental cinema. To this end, we organize distribution and screening events, installation exhibitions and live performances in Finland and abroad.
The members are: visual artists Maria Duncker, Juha van Ingen, Seppo Renvall, Mika J. Ripatti, visualartist and researcher Kari Yli-Annala and producer Jenni Siitonen. We also have in distribution works by visual artists Elena Näsänen and Pekka Sassi. Many of our works in distribution have been featured in prominent international exhibition arenas, from New York’s Anthology Film Archives to the Sao Paulo Biennale.

3. VideoChannel (D) http://videochannel.newmediafest.org
Is the video project environment in the framework of NewMediaArtNetwork]||:cologne, (The Network) the experimental platform for art and New Media operating from Cologne, Germany.
VideoChannel chief curated and directed by Wilfried Agricola de Cologne, who is also the founder of The Network, is dealing thematically basically with the aspects of “memory and identity” and incorporates currently about 20 curators and about 250 artists and more than 250 films and videos. Founded in 2004, VideoChannel is organised completely online, all currently available more than 250 videos can be viewed online with free access. Each year a couple of new curated video projects are realised under changing themes.
Powered by VideoChannel, CologneOFF – Cologne Online Film Festival , a new type of film/video festival which is simultaneously organised online and offline – was founded in 2006, and realised its first two festival editions in 2006 and the 3rd in 2007. Wilfried Agricola de Cologne (Germany) – En[code]ed, 2008, 5:00
Digital video inspired by a visit of Thessaloniki.
The work describes the principle of “code” or “coding” in form of an allegory, a metaphoric story as a ritual of meeting, dominating and resigning. The code is identified as a state of the static, dogmatic and conservative, which asks for obedience, but gives no chance to escape.